On July 29, 2010, the Pastor Nominating Committee received a letter from Pastor Bush, stating that he had read our Church Information Form and was most impressed on our views as an evangelical church. After the Pastor Nominating Committee worked their way through 88 Pastor Information Forms, the vote was unanimous to call Pastor Daryle Bush. His first sermon at Ocean Drive was February 6, 2011. We love Pastor Daryle and his family. The rest is history. He received his Bachelor Degree from Baylor University, Waco, TX, and his M. Div. degree from Princeton Theological Seminary. Prior to coming to North Myrtle Beach, he served churches in England; Greenville, SC; Clearwater, FL; and Salinas, California. 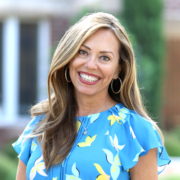 Kelly graduated with a degree in Communication Arts from Appalachian State University and went on to work in New York and Los Angeles as a professional actor/singer. She co-starred in National television shows, commercials and movies including roles on General Hospital, Dawson’s Creek and One Tree Hill.  Her theatre credits include leading roles in The King and I, Jekyll and Hyde: The Musical, and Grease as well as performing locally in the Alabama Theatre show and House of Blues.

Kelly volunteered at ODPC with the nic @ nite children’s program, attended bible study, and sang at worship services. In 2005, Kelly joined the staff as Director of Contemporary Worship serving in that position until 2019. She also served as Access Youth Director (2010-2013) and graduated with a Master’s degree from Knox Theological Seminary in 2017. She is grateful to ODPC for discipling, encouraging and nurturing her-Kelly truly is a “homegrown” pastor- and she hopes to encourage others to worship and walk with the Lord. 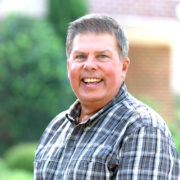 Mark joined our staff as part-time Assistant Pastor on Nov. 1, 2018. He is a retired Presbyterian Pastor who began his call to full-time Christian ministry in 1976 when he joined the staff of Young Life in Western Pennsylvania.  He then served as Associate Pastor for Youth and Young Adult Ministry at the Noroton Presbyterian Church in Darien, Connecticut from 1984 – 2005.  From 2005 – 2017 he served as the Director of REACH Youth New England and as the New England Regional Coordinator for the National Network of Youth Ministries.

Mark and his wife, DJ, have two grown children, six grandchildren, and reside in North Myrtle Beach.  He also currently serves as the National Prayer Coordinator for the National Network of Youth Ministries. 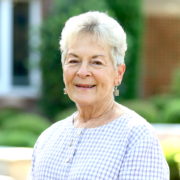 Kathy graduated in 1965 from the Union Memorial Hospital School of Nursing in Baltimore, MD. She and her husband Bill moved to South Carolina in 1991. When they came to Myrtle Beach, Kathy served as the Director of Operations for Home Instead Senior Care in Horry and Georgetown Counties. Her nursing career has been in the home health care field. She tells people it took God 45 years to place her where He wanted her to be, at Ocean Drive Presbyterian Church. She joined the staff in 2004. What a blessing Kathy is to those of our congregation with health issues. 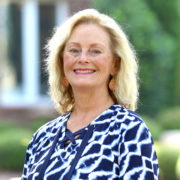 Karen is a proud PK – preacher’s kid – who grew up in Conway SC.  She is a graduate of USC-Coastal Carolina (BA Early Childhood Education) and The Southern Baptist Theological Seminary (Masters in Church Music).  She and her husband Bob lived in Cincinnati Ohio for 27 years, where she was the Director of Day Care for the Mt. Carmel Baptist Church.  Karen also served there as an Interim Director of Music. Pursuing of her passion of music, theatre and working with children, Karen acted and directed in The East Side Players community theatre group for over ten years.  In 2007 Bob and Karen moved to Little River SC and Karen was hired in 2008 as the Director of Music for Ocean Drive Presbyterian Church.  They have a son Brandon, a daughter Kristin and eight grandsons who love to visit their Granny and Poppy at the beach. 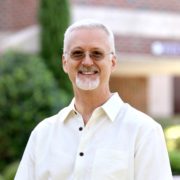 Born in Louisville, KY Duster grew up moving around the country with his family. He spent many years on the road as a traveling musician, finally settling in NMB in 1993 singing in local restaurants. 13 years ago Duster was invited to visit ODPC and everything changed almost overnight. One week later Duster was playing lead guitar for the ODPC Praise band. One year later Duster was asked to be the Chief musician and first assistant to Kelly Gabriel. Duster is currently serving as the Praise Team Leader at ODPC. God is amazing ! 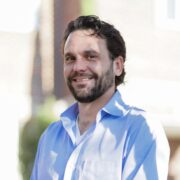 A native of Horry County, Charles Horton graduated from North Myrtle Beach High School in 2001 and attended Coastal Carolina University, earning a Bachelor’s degree in English followed by a Masters of Arts of in Teaching English. He was employed in Horry County Schools for eight years as a high school English teacher. He currently is employed as an English instructor for the VirtualSC program, South Carolina public school’s online educational program.

From a very early age, Charles’ parents thought it was important to establish a place in his life where he could grow his faith in Christ. He attended a private Christian school until 3rd grade and was an active member of Ocean Drive Presbyterian Church’s youth program during his teen years.

In 2008, after attending a local community church for a few months, Charles felt there was an opportunity there to combine his love of teaching with the passion he had for loving Christ.  He served in this local church as the Youth Pastor for eight years.

Charles’ desire for the youth ministry is to help youth develop passionate relationships with Christ so they are on fire for spreading the glory of God to those they encounter.  Charles and his wife, Elisabeth, are the proud parents of two boys, Blake (age 2) and Noah (2 months) and reside in Longs. 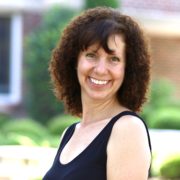 Michelle Estep currently lives in Little River, SC with her husband of 25 years, Scott, and children Baily and Claire. She holds a BS in Psychology specializing in Christian Counseling and is also currently working to complete her MS in Psychology for Christian Family Counseling because she believes that God has called her to be a counselor for children and families.

Michelle has a deep love and passion for ministering to children and families.  She has worked in children’s ministry for more than 25 years as a Sunday school teacher, music teacher, worship leader, camp counselor, vacation bible school leader, and good news club bible teacher. 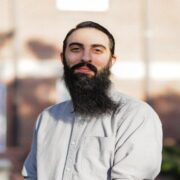 Joe Meckley has been involved with music for over 20 years. He moved from a small farm town in upstate New York to Myrtle Beach, SC in 2004. Joe graduated from Coastal Carolina University with a B.A. in Performance Bass under Mr. Steve Bailey in 2011. He has played professionally for various musical groups throughout South Carolina, ranging from Wind Ensembles, Musicals, Churches, Jazz, and Rock groups. He recorded and toured with his original rock group called Doctrine of Ethos for over 7 years. Currently, he plays with a local Jazz group called U.N.I.

While in college, Joe starting working for a local music store in Myrtle Beach and found a passion for pro audio equipment, sound reinforcement and recording technologies. He guided customers on the proper technology to suit their needs; as well as, training and installation. In 2017 when that store closed, Joe and a business partner opened up their own store called Full Scale Band & Orchestra located in Myrtle Beach. They specialize in sales, repair, and rent-to-own instruments for school programs throughout Horry and Georgetown counties.

Joe has been apart of the Ocean Drive Presbyterian Church family since 2011. He started out by playing the Easter and Christmas Cantatas and then eventually joining the praise team. Joe and his wife Abbi were married in 2014 by the late Pastor Mike Berry whose words of encouragement and guidance still stay with them to this day. For two years, Abbi lead the youth program until the birth of their daughter Nina in 2017. In May of 2019 they welcomed their son Benjamin into the world. When Joe is not working he loves time with his family. 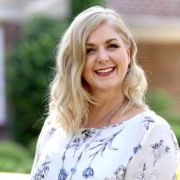 Nikki Hufnagel is the Executive Assistant to Pastor Daryle Bush. Born and raised in the area, Nikki is blessed to be a wife and mother. She loves to spend time with her family and friends. Nikki also enjoys reading, cooking, singing, movies, and volunteering. She joined our staff in July of 2015 and is loving being a part of our church family! 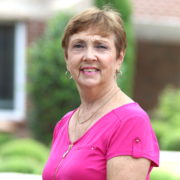 Karen was born in Pittsburgh, PA. and grew up there. Church, Sunday School, and Youth groups, were a large part of her younger life. She graduated from Point Park College, in Pittsburgh, with a degree in Early Childhood Education. She taught elementary school for eleven years. Karen and her husband, George, moved to Little River and joined Ocean Drive in 1995. She has always had a love for children and in 2000 she became the Director of Westminster Preschool and teacher to the four year olds. Westminster Preschool has a GREAT reputation in North Myrtle Beach. 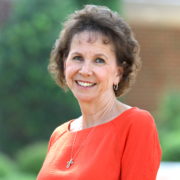 Cindy was born in Farmville, Virginia. After graduating from Longwood University with a Bachelor of Science Degree in Business Administration, she moved to Charlottesville Virginia where she worked as an Auditor.  She married the love of her life, Buddy, in January 1989 and moved to Fairfax, VA. There she worked for George Mason University as an Internal Auditor. Cindy and Buddy moved to the beach in 1994. They are the proud parents of two sons, Trey and Cory. The family started attending Ocean Drive in 1998. Many years ago, Cindy even worked at the church  as a teacher’s assistant at Westminster Preschool. Cindy joined the Ocean Drive staff in 2012 and is responsible for the finances of the Church. “I truly feel that God lead me to this Church many years ago, I feel very blessed to be a part of such a wonderful family!” 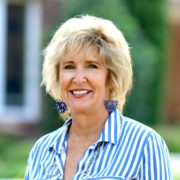 Mary Gail grew up in Wilmington, NC and graduated from UNC-Chapel Hill. She is very proud of her 2 sons – Adam is working on his PhD at Duke University after graduating from Davidson College and Matthew is currently attending NC State in engineering. Mary Gail enjoys time with her family and friends, traveling, going to the beach, eating out, music and dancing. Mary Gail coordinates our membership and would love to meet with you and help you get connected at ODPC! 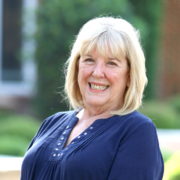 Patsy was born in Salisbury, NC but moved to NY as a child.  Her education is in Human Resources and she worked in the Personnel Department at Mobil for many years.  When the company was sold to the Jon Huntsman family she was offered the position of Sr. Buyer in the Purchasing Dept.  She and her husband retired to NMB in early 2003.  Patsy has been a member of ODPC for 13 years and served as Asst. to the pastors for nine years.  She is proud of her three children, eight grandchildren and one great grandson. “Ocean Drive has been a big part of my life and I am happy to be back in God’s service as ODPC’s Receptionist.” 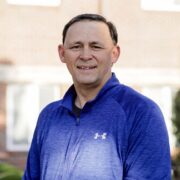 Born in Charlotte NC,  moved to the beach  in summer or 79 and has been here ever since.
82 graduate of North Myrtle Beach high
Married  6-24-84  to former Theresa Ann Rogers  and they have a daughter Kayla
Hobbies include:
Family , Beach, Golfing, fishing, Unc sports!